A chair and a bash for his 84th birthday! 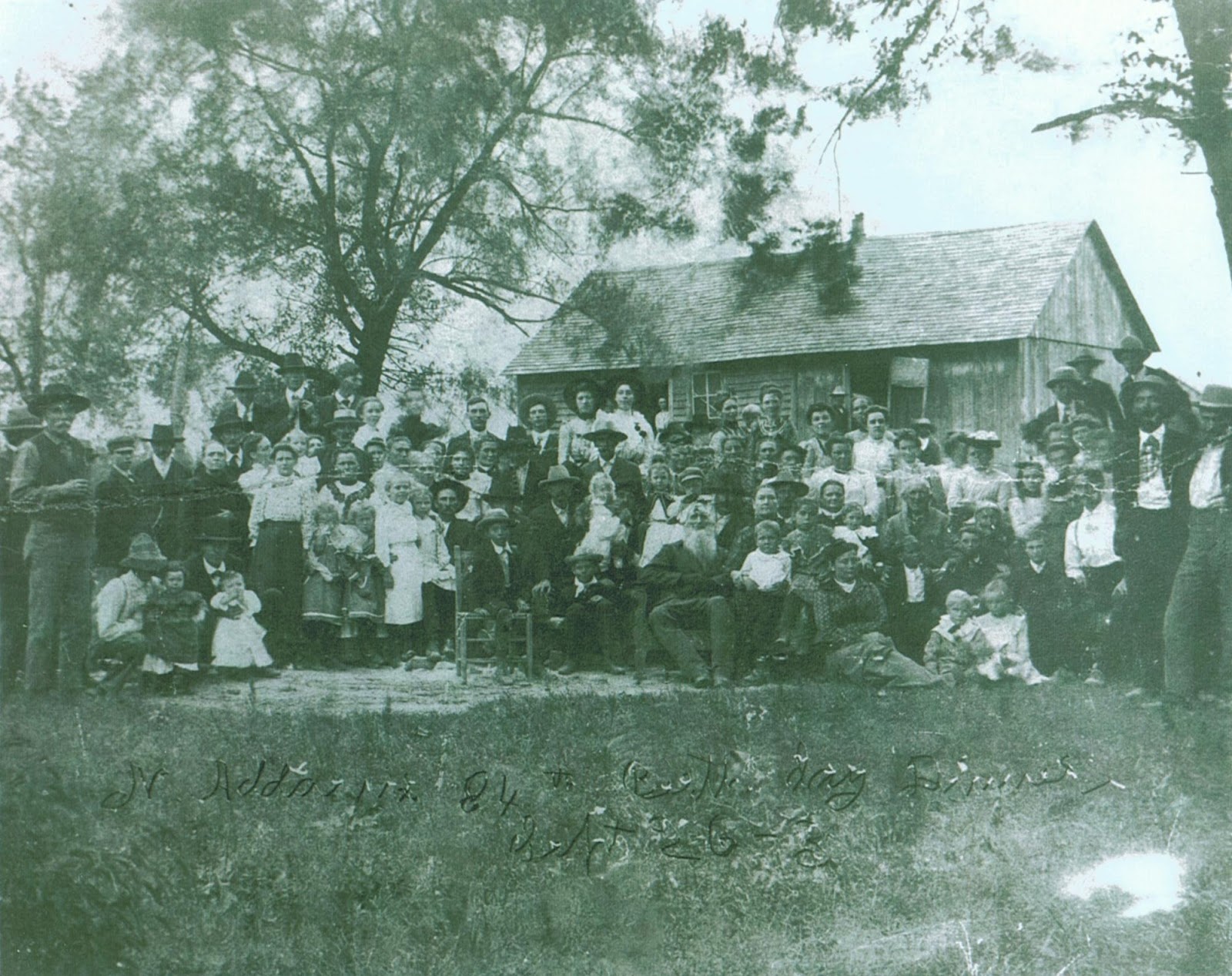 On the  26th of September 1903, in the town of Virginia, MO, a birthday bash was held for my 4th great grandfather, Nicholas Adams.  It was a gathering of over 150 people(which had to be the population of Virginia) who feasted and sang and celebrated the birth of "Uncle" Nicholas.  He even received a chair that he is seated in as a present!

Nicholas Adams was born 26 October 1819 in Scott County, VA to Nathan and Esther (Darter) Adams.  On 30 April 1846 he married Caroline Davis, the daughter of Israel Davis, with whom he had 8 children.  Caroline (Davis) Adams passed away on 7 May 1886.  Nicholas then married Sarah L Stephens and had one daughter, Cora.    Nicholas passed away and 23 Jan 1904, almost 3 months to the day after his big birthday bash.  He and his first wife Caroline are buried Baker/Webb Cemetery in rural Bates County, MO.

Promote Your Page Too